Rummaging through the plethora of writing tools 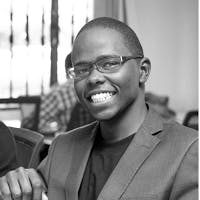 Subscribe to my newsletter and never miss my upcoming articles

The business of writing

A bit of history

Writing can be described as mankind's most enduring technologies!

But when did it all start? Wikipedia and this post expounds on that history so well.

Based on our title, what is relevant to us is the tools used. This is the order of a few notable ones from past to present.

and now we're in the age of computerized composition.

Not everyone knows how to use a computer/ laptop by the time they have completed high school. I was fortunate to have had experiences using computers before then:

In my country of birth, Kenya, a significant portion of high-school graduates (better known as form-four leavers) use the period between high school and university/ college (campus) to upskill their digital literacy. The programs done are generally referred to as computer packages. The latest of these packages was the ICDL certification, the international standard in digital skills certification. Again, I'm fortunate to have taken this certification.

Therefore when enrolling to campus there's an expectation that every student has a working knowledge of operating a computer. At the very least; using the word processor or simply the browser. Yet, I had classmates in campus who used a computer for the first time in the campus computer lab. On the other far end of this demographic were others were already programming by this time. You've got to appreciate the relativity of life 😀

As far as writing went, Microsoft Word and the Linux alternative; LibreOffice were the tools back then. For the few of us who had smartphones, I think the tool was an app called Kingsoft; what is nowadays WPS. I still recall having a group discussion and writing our group assignment on a smartphone since the one or two who had laptops then were occupied with them and we were on a time crunch! We would then head out to print the group assignment, the first-ever assignment on campus, and hand it over.

Tools in this 'age':

Enter self-publishing on the web

Beyond writing posts on social media, the trajectory mostly was to create a blog on WordPress. With time, you even try out hosting it yourself rather than having it on wordpress.com. Most domain registrars would use CPanel as the web hosting platform. Hence when you purchased a domain name with hosting services, you would be introduced to CPanel that had inbuilt services to spin up Wordpress servers on sub-domains at will.

I did try out the likes of Joomla and Drupal but Wordpress was the favourite. It was popular (still is) and easy to use. It became a great skillset for me earning me some cash when I created sites for people.

I came across Medium late 2015. As part of Andela Bootcamp, the final recruitment step into Andela, one was required to log their day daily for the two week period. Mine can be seen when you scroll down to the first post on my profile on Medium.

Medium offers a wide reader base with superb commenting, private notes to the author and the claps to reward great posts (that is for signed-in users). As for the writing, it's really smooth. Please note that thanks to the extensibility nature of Wordpress, an author could plugin Facebook or Disqus to serve as their commenting platform. One would call this - Medium has lock-in. That said Medium was ubiquitous so it's unlikely that this was ever an issue.

Despite this, there's still very good content on Medium. A number of people have become creative on how to bypass the paywall 😄. I too wrote a tip on this. There is also a post on Medium detailing this. The irony! Hilarious, right? That's the open web for you. I have nothing against Medium. In fact, I have been a Medium member.

For static sites, there are several options:

The commonality is the use of Markdown and no need of a server. Markdown is not an inferior way of writing rich content (some disagree). I appreciate its portability above everything.

With stuff like Netlify CMS in the ecosystem, the writing becomes even better since you have an admin dashboard similar to that of Wordpress, though limited in some ways (like the aesthetics) but superior in others (like the integration with GIT workflow) when compared.

While Hashnode is comparable to Dev.to among other dev-centric publishing platforms, Hashnode's Devblog takes things up a notch. You get to use your own custom domain, it helps you avoid a cold start by leveraging the vast developer network in the platform among other great perks.

And finally Notion! Writing on Notion has been a delight. It's visually appealing, has a range of apps: desktop, mobile and web. Have great templates allowing you to have private notes or publish them to the web. Tip of the iceberg: they announced just yesterday that it will be free for personal use forever:

I have two public 'Notions':

What I have noticed tools come and go. They are developed to fit the changing times and culture; say

Clay tablets were bulky and mostly used for record-keeping in storehouses but their successor the reed papyrus was more portable, preferred by travelling merchants.

For official and academic writing word processing tools have remained the defacto. Microsoft 365 and the Google alternative (GSuite essentials) give an all-round experience of productivity office software with the difference being the ecosystem of apps and services surrounding the product.

You've got to still be aware that some of these tools become defunct and what I've learnt is to focus on portability:

Word processors have several file-name extensions: .doc, .docx, .W2E, .gdoc (lacking portability) They, however, try to coexist like Google Docs can open a .doc file but most times will insist on converting it into a .gdoc file. This is so described as the importation of files between tools.

My top three portable file extensions are TXT, JSON and MarkDown. CSV would be the fourth but mostly for other kinds of data not writing content. What about YAML/ YML? It's pretty easy to convert JSON to YAML and vice versa. As for PDF, it works well for content you'll want to store for reference. However, editing PDF is not a cup of tea for me. I wouldn't call it portable as much as updating the content is concerned.

Most of the tools mentioned above, in the self-publishing category, have lately been keen to provide the exportation of files to their users in different formats. I will specifically highlight those that export to my top three:

Therefore Notion seems to carry the day with the various exportation options it offers.

Thanks to GDPR, a lot of these tools allow you to download your data in one click. Notion tweeted about this in 2018.

In terms of data format, I think Markdown is the winner. With Markdown you can convert to different formats and it's easily editable compared to PDF file format, for instance.

So write away, using your tools of choice.

Take portability into consideration; you need not dump your brain on a toolkit just for the content to waste away. I've been there 🤕. The Wayback Machine of the internet is a lifesaver. I recommend that you save your webpages frequently more so if you've not worked on portability. Here's the archive for wordpress.com. You can browse through their landing page since 2004. by replacing "wordpress.com" with your preferred link you can take a trip down memory lane. Enjoy 😁

You can also use yamlonline.com for the yaml validator as well as yaml converter to json,csv,xml,base64 also for beautify and minify YAML. 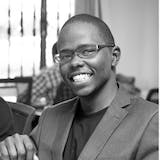 Good to know. I'm particularly curious of a great tool for JSON to Markdown conversion. Json2MD doesn't cut it for me hence using a tool that you write in MD and you can backup, quickly edit, and is accessible is a big one for me.